Watching the Oikball the other night, sitting next to my Sons, I observed West Ham sporting their snappy outfits pressed and laundered by Betway. Newcastle were sponsored by those nice people that lend money – Wonga. The stadia was adorned with Betway bunting. The adverts during the game were predominately sponsored by companies claiming their users ‘gambled responsibly’ – Especially Ray Winstone, who I doubt has had a tenner on anything in his life. But it’s great viewing for children. Honestly

If you like to watch sport, you’ll get used to this. If you like your late night telly – you know – stop camera action from the police force in Reading, the best looking penis, or shows about cars with fabulous emission ratings, you’ll also have become used to proliferation of gambling adverts. Some of whom sound almost heroic.
Of course we’re encouraged to ‘gamble responsibly’ by the yellow sign that tells us all (subliminaly) that when we’ve had enough FUN FUN FUN – we must learn to stop.
In other words, when you’ve run out of cash, maxed out every credit card you’ve got, kicked the fruit machine to bits, mortgaged your home to the hilt, turned your Missus into a Lesbian, and of course made the BBC documentary on ‘Britain At The Bookies’ – the home for all genuine sad acts, – then you’ll have truly arrived in the worlds of Bet365 and William Hill
If you’re in the minority, like me, the Mary Whitehouse types, you might pause for a moment and wonder what effect this siege of advertising has on our phsyche- not to mention those of our children. I mean we stop cigarette adverts, so why is it permissable that EVERY ad break tells us we have to spin to win? And sometimes more than once a break?

And of course, as every independent bookmaker and decent minded citizen knows- The UK’s ‘watchdog’ – the Gambling Commission, with all its fees and hype – does absolutely nothing. Nothing at all, to justify its very existence. ‘To protect the vulnerable.’

The ‘vulnerable’in this case appear to be online gaming giants

Little known- but worth mentioning, back in April I challenged Paddy Power on promotions headlined with the banner ‘money back’ on certain wagers. This was a headline grabber and peddled widely in the press. I invited them to desist from encouraging customers to wager under the entirely false assumption certain stakes would be refunded, when in actuality the customers were being refunded in ‘free bet stakes’. Of course the two are entirely different offers

I challenged this with the ASA as misleading and wholly false. The challenge was upheld and they were ordered by the authority to cease free bet promotions with the headlines money back.

Paddy Power were not alone – Many firms were doing exactly the same, and in direct contravention to an earlier ASA ruling against Betfair for the same type of claims. These firms were directly contravening an earlier ruling

The question is this. Why did the Gambling Commission, the custodian of fair gambling and the vulnerable, not step in at any stage to order such promotions to be withdrawn? Is this agency actively complicit in protecting such firms from basic licensing conditions? Were said firms not in fact contravening several codes in licensing practices with such claims?

.
I think I’m a fair minded bookie. I try to give my customers a better class of service and compete on odds with the high street. And as a bookie you might expect me to side with my own. I mean I do have a gambling site. But I don’t bombard people with adverts at 2am about it, and if I were to shove it on my occasional trips to Channel 4, where I upset the establishment for your viewing entertainment, I’d get my backside kicked off pronto.
I’m deeply uncomfortable with what goes on. I feel for those who are suffering. I favour a UK wide ban on anyone who self excludes – not backed by the Gambling Commission. I disagree with the use of credit cards to fund gambling. I disagree with Gibraltar outfits shoving their ‘online’ products to Racing. Although I scoff at the BHA’s lack of backbone in any department, all sound bytes.
I hear a lot of complaints from punters, some of whom could accurately be described as ‘bonus junkies.’ The new breed of professionals who scour the bookie websites for top of the market hits. I have some sympathy with the bookie view that a lot of those types of customer are worthless to us in business.
BUT. If Paddy Power are to offer even money each of two in a Rugby match, with just the outside chance of a handicap ‘tie’ to save them, if Skybet are to offer a loss leading 6 places on the Cambridgeshire, if Coral are to offer 6/1 each of 2 in a tennis match to new customers only – and all of them make money, then I know they’re not getting fat on those sports, especially the increasingly worthless racing product.
So they’re fattening on gaming. – NAP

Bet365 seem totally content to treat their customers with err, uhm contempt, by offering a customer, their customers, a £1 wager. They don’t care about the PR implications of being described by the same as ‘total frauds’ for describing themselves as ‘Bookmakers.’ Because they’re global. And for every clued up punter they treat so poorly over here, there are perhaps 5% of these new accounts they dig up that make the whole exercise of pushing for new business worthwhile. And deeply profitable. One can admire their bottom line, if not their methodology
Should we feel sympathy for those professional types who complain so vociferously? Clearly we care about the genuine punters who fluke a 16/1 winner and find their next wager batted down to 36p. But the pros?
For myself, I never keep a customer on if I’m not prepared to lay him or her a bet to lose at least £50 as a minimum, and remember that’s my minimum, not the average of what we’re prepared to lay. But that’s because I have standards. I may not like what some customers get up to, but if I do, I close them down with a fair explanation of why it’s been done. We do not hide behind ‘trading decisions’
But the big companies are the ones peddling the prices and offers. They’re continuously driving for new gaming custom and fully prepared to be ‘best odds guaranteed’ or ‘best prices for all Channel 4 races’ – even if it guarantees a loss. It’s a bit like the supermarkets claiming they make nothing from milk, because they choose to sell it so cheap to get the customers into the stores in the first place. They don’t care if the dairy farmer ends up out of business. 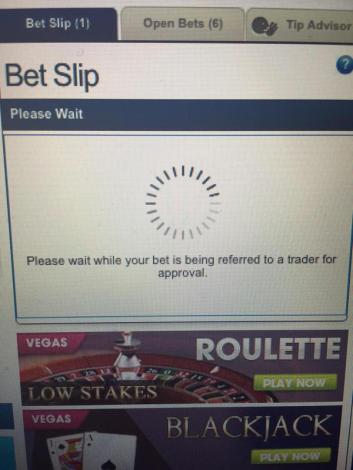 These ‘companies’ have created the bonus and offer culture. The free bet. I heard recently Coral offering a guarantee to lay any horse to lose a decent amount, I’m uncertain if it was Coral’s diminutive UK division or their Gibraltar arm making the offer, because its hardly clear who you’re wagering with when you call up ‘Coral.co.uk’ . They’re not prepared to offer it online, nor even on their phones. Once again a headling grabbing offer that turns out not quite as good as it sounds. But in a way I support any move towards a sensible lay to lose – I’ve always advocated £100 as a startpoint. Coral stand alone in proferring any sort of guarantee to date, even if it’s only in their shops.
But they’re a multi million pound outfit, still un prepared to offer their advertised odds to all of their customers. A bit like Waitrose saying it’s 50p for that Cadbury’s flake, but not to everyone. Isn’t this sort of thing a trading standards issue? And of course pretty much all of the other outfits are exactly the same. Complaints litter about what they don’t do, far more than what they do. Now why is that?
So the next time you think about grabbing yourself a ‘free bet’ for a tenner. Ponder awhile. If you can afford not to support firms who behave with such overall disdain for large sections of their customers, why would you support them with your business? If you want change, you have to be prepared to boycott those firms you consider place little real value on loyalty.
And should they be mandated, as they are in parts of Australia, to lay a fair bet to any price they offer?
Well the Gambling Commission don’t agree with you, but I most certainly do. 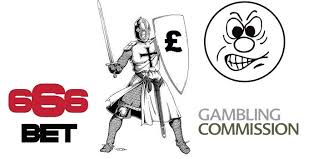 UK's Leading Independent Bookmaker. We pay our tax and Levy to British Racing as an Approved Betting Partner. And no begging a proper bet here, large or small stakers welcome! Text, phone, APP or website. Private Client Wagering at its best. :) View all posts by Geoff Banks Racing